Will there be a Housing Crash in the US this Year?

Are we Headed for AnotherHousing Market Bubble?

While the average annual appreciation for homes in the US is about 3.8%, we ended 2020 at around 10%. If this type of appreciation continues for another few years, we’ll be at risk of approaching bubble territory. However, one year of rapid appreciation is not likely to impact the housing market significantly, especially when you consider that over the last 11 years, we’ve actually been trending under the 3.8% average as we recovered from the Great Recession. If you look at the appreciation that lead to the last housing crash, you can see that we had years of higher than normal appreciation before everything fell apart. 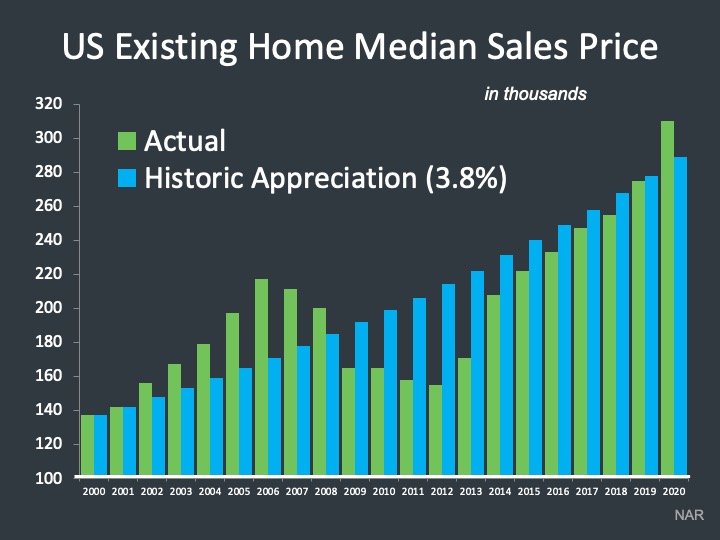 On top of that the housing market fundamentals are completely different this time around, loans are more secure, homeowners have a lot of equity in their homes, inventory is significantly lower than it was before they last crash, I could go on and on but I’ll save comparing the two in more detail for another day.

So are we are the beginning of the next giant bubble?

The good news is that what happened last year in terms of appreciation will most likely not happen again this year, or in the years to come. Here are the reasons why:

Inventory should start to increase at a quicker than normal pace

As the economy improves, interest rates are projected to rise

Thirty year fixed rate mortgages hit new all time lows more than a dozen times last year but these extremely low interest rates are about to start climbing – and, in fact, they already have. We started the year at an average of 2.65% and, as of today, we’re sitting at 2.97%. 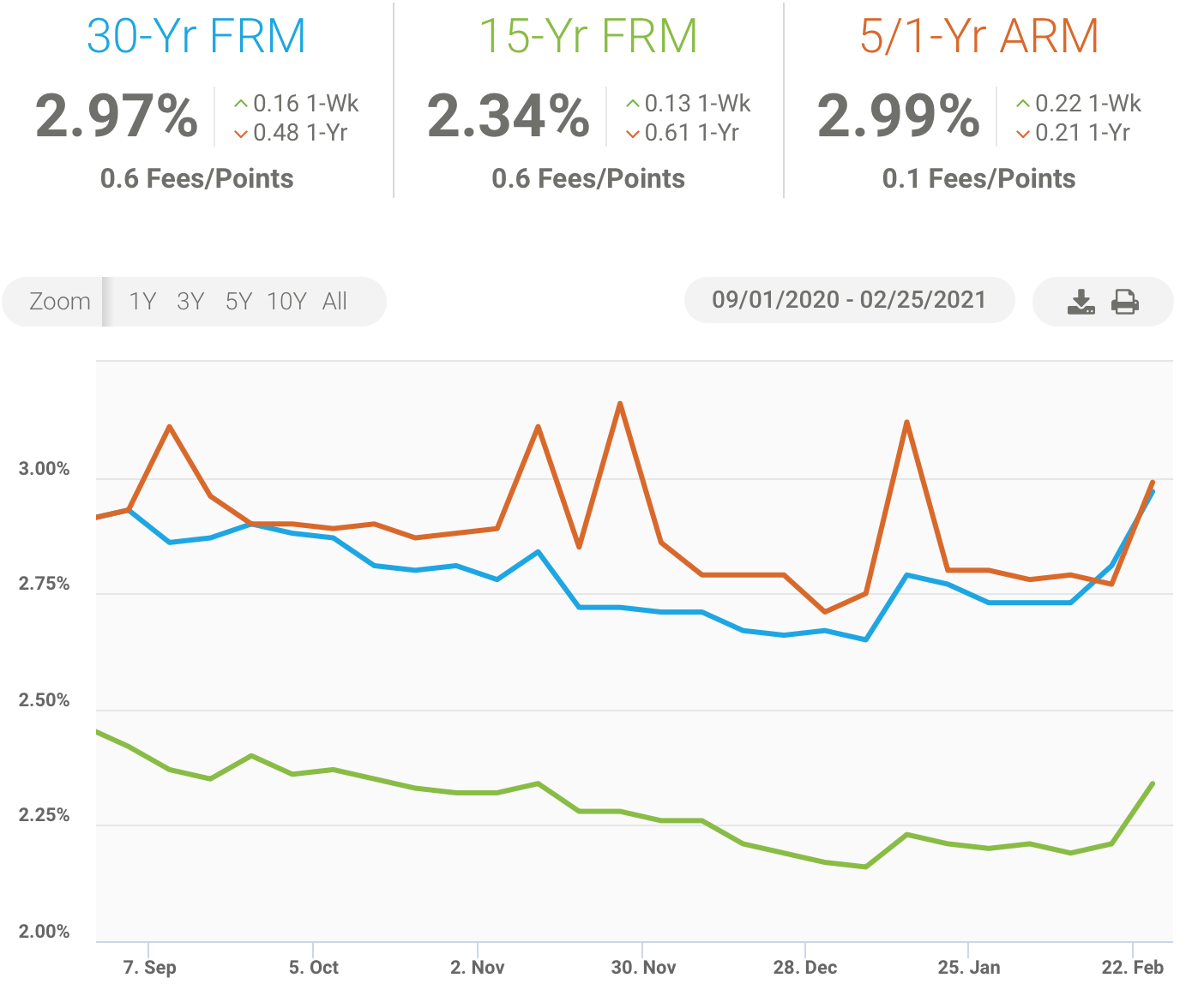 As the year goes on, the economy will continue to improve and people will get back to work. Because interest rates tend to reflect the confidence in the economy, nearly all experts are predicting they will continue to rise as long as there isn’t another major set back involving COVID-19.

Another key indicator that interest rates will continue to climb is the 10-year treasury bond. But why is that? 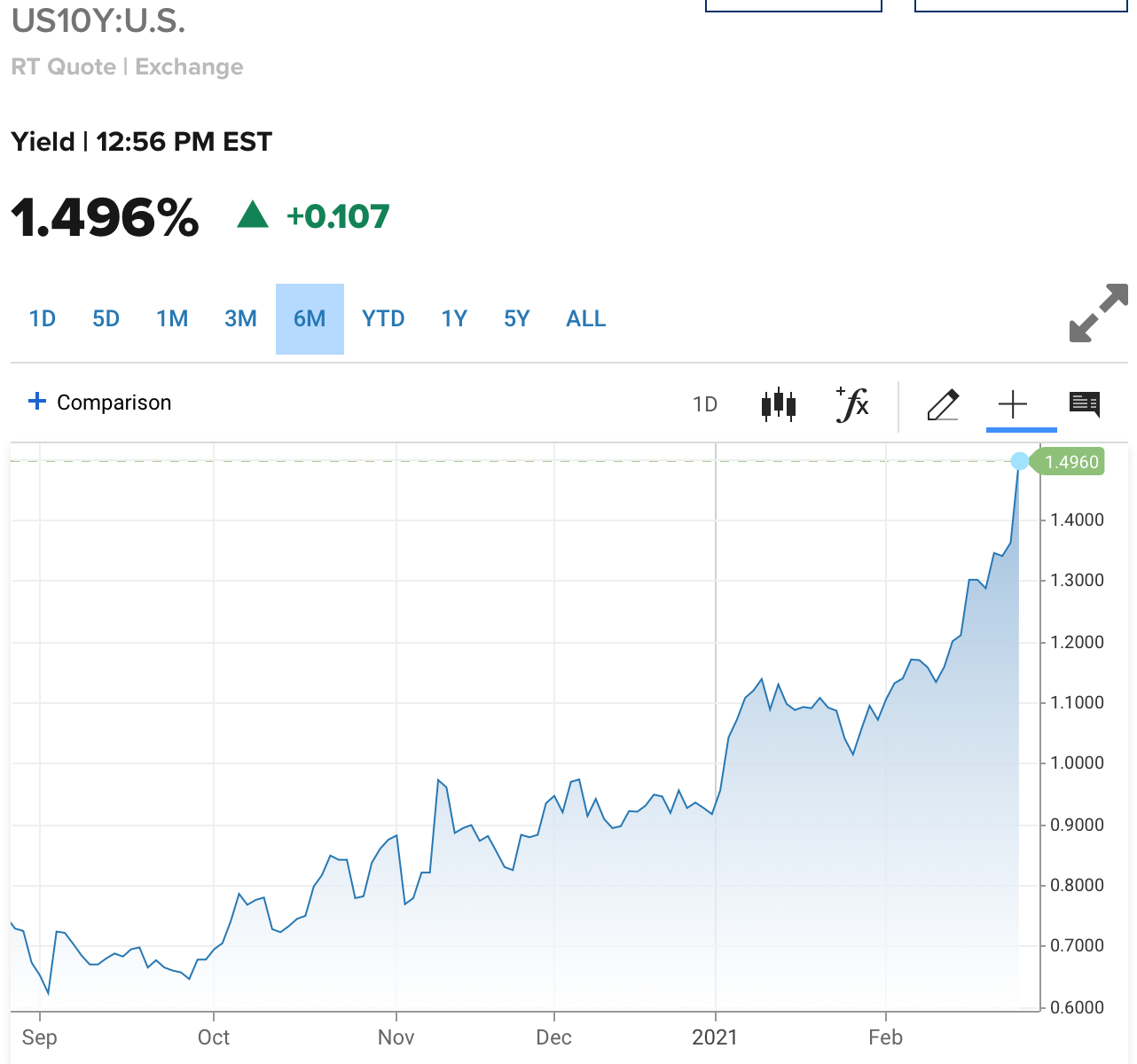 The typical spread between the 10-year treasury bonds and 30-year fixed mortgages runs somewhere between 1.5%-2%. So, as an example, if the treasury bond was sitting around 1.5%, then you would expect mortgage rates to be somewhere between 3%-3.5%. However, during the pandemic, the difference between the two rose to as high as a 2.7% – way above average – but since then, the spread has now come back to being within that 1.5%-2% range, which tells me that the 10-year treasury rates will again start to have a more predictable impact on mortgage rates going forward.

Based on economic projections as well as what the Fed is saying about what they are planning to do with interest rates, most experts expect that interest rates will climb to somewhere between 3%-3.5% by the end of the year.

This might not seem like a significant difference (especially considering that if they stay below 3.5%, they would still be some of the lowest rates historically that we have ever seen) but keep in mind that every time interest rates go up, even by as little as a tenth of a point, buyers can afford less. So every time they increase, there will be some buyers dropping out of the market, especially if they go to the higher end of projections. 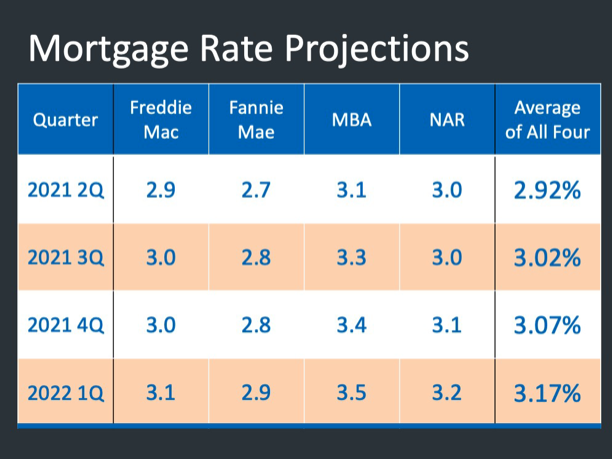 Between the normal Spring and Summer market cycle, pent up supply that didn’t hit that market last year, and some foreclosures, inventory should hopefully start to increase fast enough to help buyers who have been struggling with so much competition over the last year to at least come up for a breath of air. At the same time, interest rates should gradually climb, and this will naturally slightly shrink demand. However, because we have such a historic, once-in-a-generation gap between supply and demand in the housing market right now, the market is going to be able to absorb homes pretty easily while still keeping us in a seller’s market.

Also, because demand usually peaks at the beginning of Summer, I expect appreciation to cool down more dramatically during the second half of the year. Most experts are predicting somewhere around a 5% increase in home values this year. I think that in Southern California, you will probably see a little higher than that, especially in Riverside and San Bernardino.

The majority of the appreciation will probably happen before June of this year and as demand starts to decrease, as it usually does in mid-Summer through the rest of the year, appreciation will slow. It’s still projected to be a seller’s market for the remainder of the year, but instead of being in an unsustainable overheated seller’s market, we will likely transition back to a hot seller’s market that will be better for the long term health of the housing market and keep us from entering into a new housing bubble. 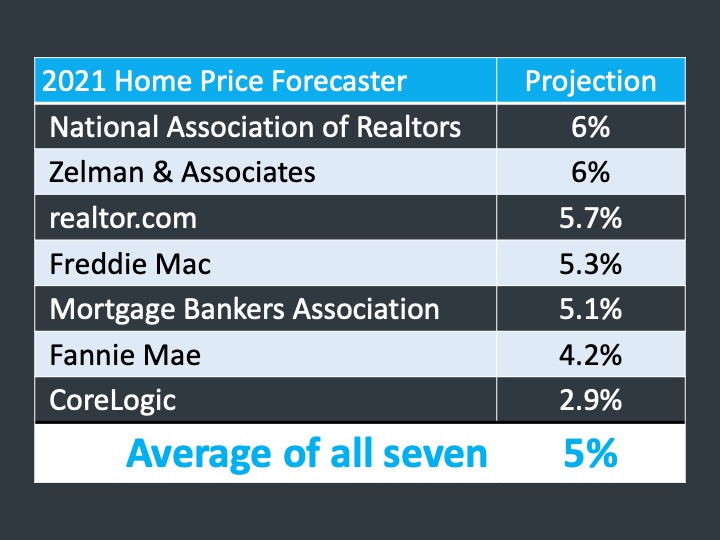 I’ll end by saying that even with market forces naturally bringing some balance to the housing market, I don’t see us being able to claw ourselves out of the lowest supply of homes the U.S. has seen since 1981 – especially far enough that appreciation stops or even goes down.

This means it’s important for buyers to know that the same advice I have been giving for the last 10 months still applies: Continue trying to buy now even though there will be more competition for a home. The longer you wait, the more homes will appreciate and the higher interest rates are expected to climb this year. Buy for the long term (5+ years), focus on the monthly payment, and if you can find a place to call home, you will be able to lock in a 30-year mortgage at one of the lowest rates we have ever seen.

Sellers, now is also the time to get your home on the market before the number of homes for sale starts to increase at a quicker pace in about a month. The market should be on your side for the remainder of the year, but your advantage will slowly dissipate as the months go on.

This content is not the product of the National Association of REALTORS®, and may not reflect NAR's viewpoint or position on these topics and NAR does not verify the accuracy of the content.

Find your next home

Your No Pressure Real Estate Advisor